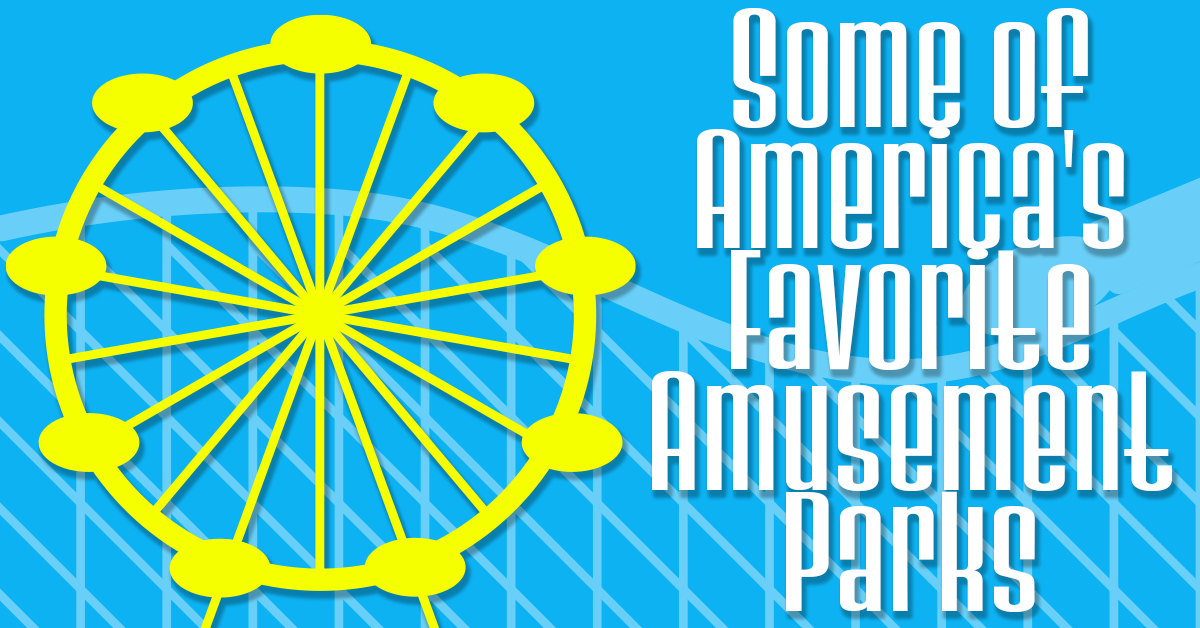 Amusement parks have become part of our summers and part of the fabric of our family’s memories. Setting aside the mega, year-round theme parks in Florida and California, here are five of America’s Great Amusement Parks.

Most people associate roller coasters with amusement parks and Cedar Point has specialized in building some of the most thrilling coasters on the planet. Along with about 20 roller coasters the park also includes over 50 other rides. Along the shores of Lake Erie in Sandusky, Ohio, Cedar Point is the third oldest continuously operating amusement park in the country, tracing its history to the 1870’s. Today, over 3.5 million people visit Cedar Point annually.

Once serving as picnic grounds for Hershey Chocolate employees, Hershey Park is now a sprawling amusement park featuring rides like the Lightning Racer, double-track coaster, a 20,000 square foot wave pool and plenty of wholesome entertainment. The park is described as “The Sweetest Place on Earth” and its estimated 3 million visitors would agree.

Just about an hour away from Los Angeles, Six Flags Magic Mountain is perhaps the best of the Six Flags theme parks with 19 coasters like the 70 mph Viper and Superman, that shoots riders up some 400 feet vertically into the air. While it draws some 3.3 million visitors each year, it is the only “year round” amusement park on our list.

The newest entry on our list, Dollywood, opened for the first time in 1986. It actually traces its history to 1961 however, when Rebel Railroad began operation on the site. Dollywood attracts about 2.5 million people throughout its extended season that lasts from mid-March until January 1st.

Your favorite amusement park will likely depend on where you spent time as a youth and where you grew up. They all usually have great memories and fun summer days in common.