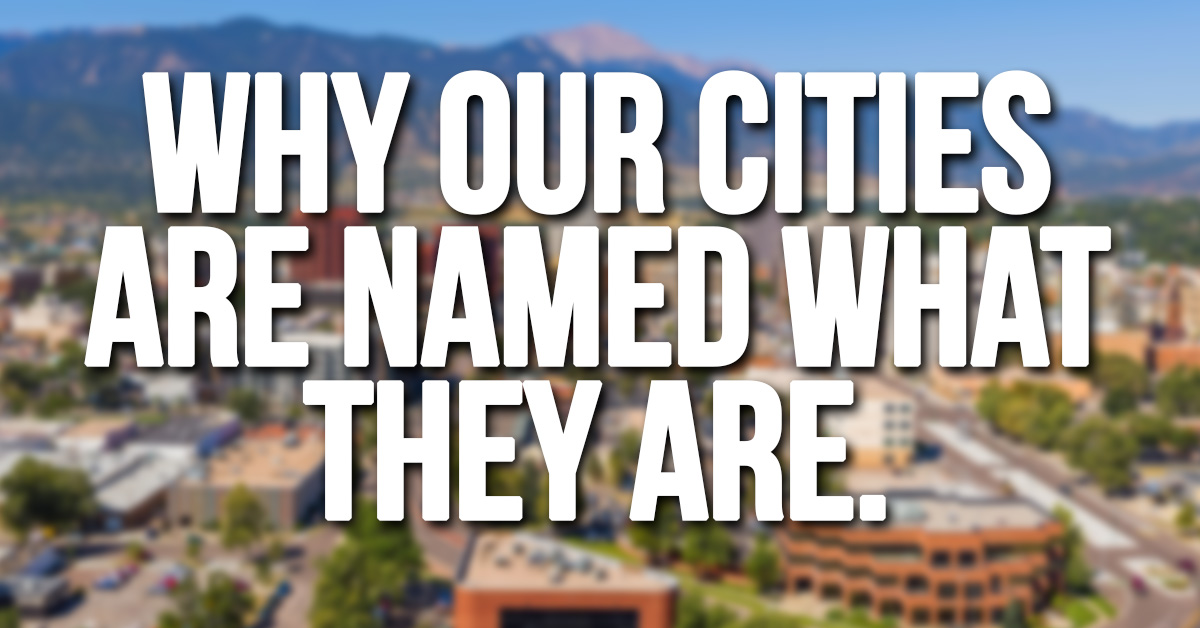 Most of us don’t give it much thought. Sure, we may know the origin of the name of the city we were deeply connected to like where we called home or were born. Here is a look at some of the broader categories of which we named our American cities.

Many cities adopted the name of military forts that were in their proximity. Through the years there have been over 300 forts and encampments in Florida alone. This has lead to the names of such cities as Ft. Lauderdale, Fort Myers, Fort Pierce, Fort Walton and more. Elsewhere larger “fort” cities include Fort Worth, Texas, Fort Wayne, Indiana and Fort Collins, Colorado.

It has been a common practice across the world to name cities after powerful leaders. In the U.S. , presidents have lent their names to some of our cities including Washington, DC. In fact, four state capital cities bear the names of presidents including Madison, Wisconsin, Jackson, Mississippi, Lincoln, Nebraska and Jefferson City, Missouri. Contrary to the belief of some, Cleveland, Ohio was not named after President Grover Cleveland. Cleveland was a major city long before Grover Cleveland was elected president. Instead the city was named for Moses Cleaveland , a lawyer/surveyor who founded the city in the late 1700s. The name was changed from Cleaveland to Cleveland to better fit on the community’s newspaper masthead.

Many U.S. cities simply took on the name of a city in Europe. Athens in not only a city in Greece but college towns in Ohio and Georgia. There are Dublins in Ireland along with California and Ohio. There’s a Paris in Texas and an Amsterdam in Pennsylvania. In fact, many times if an name starts with “New” (as in New York) it is probably named after a location in Europe.

How much do you know about where you call home? Google makes it easier than ever to learn more about your city, and maybe eveen pick up a few conversation starters.

How much are you aware of your insurance coverage? Our team can help review your auto, home, life and even business insurance. Contact one of our independent agents for a no cost review and price quote today.

What Did You Do For Your First Job?

Things You May Not Realize You Can Do In Michigan

What Do You Do With Your Spare Time?

The Art of the Car: Famous Car Designers You Likely Never Heard of