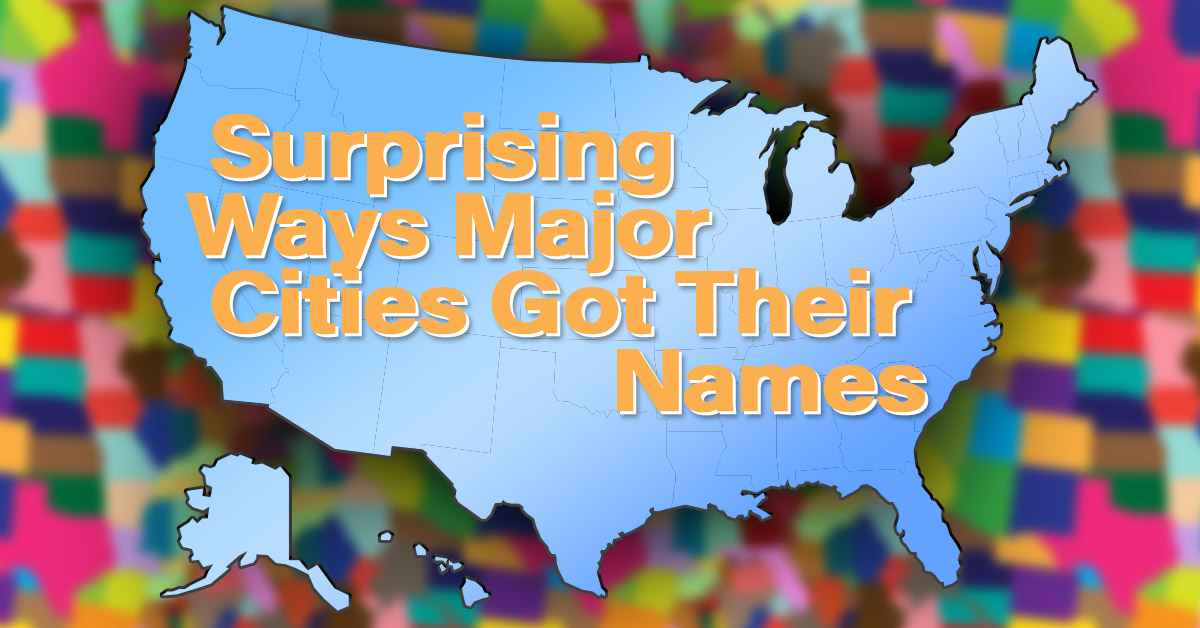 You are likely familiar with some popular nicknames of cities across the country. The Windy City, Big Apple, and Motor City are just a few. But what about their original name? You may not have given it much thought but here are how some of America’s cities got their names.

The name of this large Illinois city is derived from the Native American word shikaakwa. Botanists know this as Allium Tricoccum. Robert de LaSalle is credited with first using the word Checagou around 1679, which eventually evolved into Chicago.

This Northern Ohio city was founded in 1796 by surveyors from the Connecticut Land Company. The city was initially referred to as “Cleaveland” after General Moses Cleaveland.  It was in 1831 that the local newspaper, The Cleveland Advertiser changed the city’s name to Cleveland, leaving off the first “a” so the name would fit on the newspaper’s masthead.

Philadelphia acquired both its name and nickname from the Greek word “Brotherly Love”. William Penn founded the community in 1682.

Founded in 1837, this city was named because it was located at the end of the Western & Atlantic Railroad line. The name Atlanta serves as the feminine equivalent of Atlantic.

Once known as Buffalo Creek, there are several versions of how this Western New York city got its name. One suggests that it was derived from the French Beau Fleuve, or “beautiful river”. The other is that it was simply named for the Buffalo that may have once extended to this part of the country.

This Southwestern Ohio city was once called Losantiville but was changed because the Northwest Territory’s governor disliked the name. It was changed to Cincinnati, after a Roman soldier named Cincinnatus.

The Country Music Capital of the World was located near the original Cumberland settlement of Fort Nashborough in 1779. It was named for Francis Nash, an American Revolutionary War hero. Even back then the community was known for fiddlin’, the roots of it becoming Music City.

It would seem a no-brainer that Portland would be named so because it is a port city. That would not be correct, however. The city’s name was actually deiced on a coin flip and should the coin had fallen differently, the Oregon city would have been named Boston.

Sometimes things are not as they may seem. The same can be said for your insurance. There may be unknowns about your coverage or you may even be paying too much. Contact us for an insurance review and a no-obligation quote today!

The “Flying Nun” and Other Wild TV Show Premises

How to Get Clients to Promote Your Business

The Info You’ll Need to File an Automobile Insurance Claim

Cutting Costs Without Slashing Your Business

What You Should Know About Your Driving Record

Preparing Your Home for a Natural Disaster

Why Are Mountains and Beaches so Popular for Vacationers?